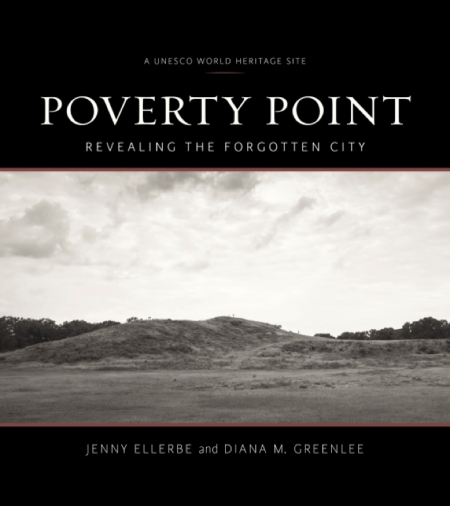 The settlement of Poverty Point, occupied from about 1700 to 1100 BC and once the largest city in North America stretches across 345 acres in northeastern Louisiana. The structural remains of this ancient site—its earthen mounds, semicircular ridges, and vacant plaza—intrigue visitors as a place of inspiration as well as puzzlement. “Poverty Point: Revealing the Forgotten City” delves into this enduring piece of Louisiana’s cultural heritage through personal introspection and scientific investigation.

With stunning black-and-white photography by Jenny Ellerbe and engrossing text by archaeologist Diana M. Greenlee, this imaginative and informative book explores in full Poverty Point’s Late Archaic society and its monumental achievements. Ellerbe’s landscapes and commentary reflect the questions and mysteries fostered by her many visits to the site, and Greenlee discusses the most recent archaeological findings, explaining what past excavations have revealed about the work involved in creating the mounds and about the lives of the people who built them. The conversation between artist and archaeologist also covers what is still unknown about this place, including the city’s function in the ancient world and how its people acquired their stone materials, some of which originated over a thousand miles from Poverty Point.

The historical significance of Poverty Point, which was recognized by UNESCO as a World Heritage Site in 2014, resonates regionally, nationally, and internationally.

Jenny Ellerbe has spent most of her photographic career exploring and documenting the largely overlooked region surrounding her hometown of Monroe, Louisiana.  She is a self-taught photographer whose photographs have been published in journals such as Lenswork Magazine, The Oxford American, Science, Louisiana Life, and Louisiana Cultural Vistas.  Her work resides in the permanent collections of the Masur Museum of Art, Monroe, Louisiana, and the 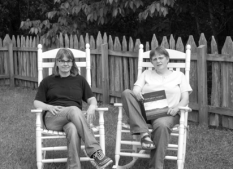 Museum of Fine Arts, Houston, Texas, as well as private collections in the US and Canada.